Hands up if you or your team would look forward to a few extra days away after your next international business trip?

You’re not alone. ‘Bleisure’, a term used to mix business and leisure, is on the rise. Every year, more and more businesses are making it possible for their employees to extend their trip with a few days off in their destination city, providing an opportunity for them to see the local sights and experience the culture outside of the office.

Initially, bleisure wasn’t accepted in many businesses, but in recent years companies have realised that bleisure travel can have a positive effect on everything from their employees’ work attitudes to their company loyalty and even their wellness.

Whether you’re thinking about implementing a bleisure policy for the first time or your company already supports bleisure travel, it can pay to know where and when to take a few extra days away.

Read on to discover our top 10 best bleisure destinations, then start packing!

Bleisure isn’t the only wellness perk you can get from your business travel experience. Read some of our further tips and find out more.

Typically, North America, Europe, and Asia offer the best bleisure destinations around the world, but if you or your team are visiting any one of the following cities, it may be worth extending your business trip.

The world’s most talked-about city, New York is impossible not to love. Its cultural currency comes from its huge diversity, with over 200 languages spoken, while millions from across the globe flock to see its sensational sights. Manhattan teems day and night, its museums' chock full of the finest art and design the world has to offer - a perfect place to put all thoughts of work and the office behind you for a few hours.

Brooklyn’s burgeoning reputation as the planet’s cultural capital makes it an essential stop-off for music lovers, beer drinkers, and food fanatics. Throw in endless cityscapes and beautiful squares and parks for escaping the bustle, and you have the quintessential modern-day metropolis.

The skyscraper’s birthplace, Chicago is dominated by some of the world’s tallest buildings, second only to New York as the USA’s financial and economic capital. But there’s much more to this culturally vibrant metropolis than big buildings and the business you’re taking a break from.

The Windy City lies on the glimmering Lake Michigan. Bars still echo something of the Prohibition era speakeasies – this was the home of Al Capone, after all – while there are countless music venues to get a taste of the blues for which Chicago is famous. With breathtaking art stops to boot, this is a city that doesn’t stop entertaining and certainly worth the extra holiday.

Known variously as the City of Angels, Tinsel Town, and La-La Land, Los Angeles is one of the world’s favourite cities thanks to its booming movie industry. Familiar sights lurk around every corner. Whether you’re on Sunset Boulevard, in Beverley Hills, or standing beneath the city’s iconic Hollywood sign, you’ll be close to rubbing shoulders with your favourite stars (and the talk of the office when you get back).

Nevertheless, there are surprises to be had if you know where to look. Quaint Pasadena bears a striking resemblance to Disney’s Main Street USA and Glendale is home to some of the best shopping in the city (how about a nice treat to bring back for the team?), while further afield, Ventura and Malibu are wonderful for nature lovers.

Home to some 440,000, Tel Aviv-Jaffa is the second-most populous city in Israel after Jerusalem. Tel Aviv is viewed as a strongly secular city in the “Holy Land,” and its citizens have roots in every region of the world. The selection of cultural and entertainment options is extensive, and the city’s beaches, Gordon and Mezizim, are the venues for some very popular parties.

Sightseeing attractions include Jaffa, the world’s oldest port, and the White City, an ensemble of approximately 4000 mostly Bauhaus-style buildings, which has been a UNESCO World Heritage Site since 2003.

London is renowned worldwide as an international hub of culture, innovation and, yes, business. The result is an urban environment of extraordinary richness and diversity, where over 300 languages are spoken and the aroma of global cuisines fill the city’s packed streets.

Built on Roman foundations, this sprawling metropolitan heavyweight blends ancient history and tradition with modern wonders you won’t want to miss, such as the Olympic Park, the Tower of London, and the London Eye - perfect photo opportunities for the company Instagram!

With its leafy boulevards, quaint cafés, cobbled lanes, and flocks of cyclists, Paris succeeds at the impossible: making a major European capital feel like a cosy provincial town.

How does it do it? Perhaps the secret lies in its reverence of tradition, its love of the past and the unerring rhythms of its less showy backstreets where local cafés, new wave bistros, and markets still serve their local neighbourhoods. Whatever it is, you or your team are sure to be seduced by its charm.

International style capital, corporate hub, gourmet magnet, and cultural mecca – Milan is a city with many faces. Its importance to the global fashion industry has given this chic Italian metropolis a reputation for trendiness, but if your suitcase is already overflowing or you’re travelling light for work, you’ll find plenty to love beyond the constellation of big-name designer boutiques.

In the city centre, Gothic churches, palaces, and art museums rub shoulders with Michelin-starred restaurants and molecular cocktail bars. Spend the morning admiring Old Masters, visit an international trade exhibition in the afternoon, then book a seat at the opera or relax in a rustic trattoria with a smooth Negroni. Cheers!

The world’s largest metropolitan area is also one of its most unrelenting. Tokyo is a place that never stops, its sheer scale meaning you’ll never run out of things to keep you entertained.

But you don’t need to walk far off the beaten track to find a taste of old-world Japan. Rambling parks, beautiful temples, and ancient culture are all there to see. You could spend a fortnight here and still struggle to experience every nook and cranny of this wonderful town. How much can you pack into just a few days?

Singapore, the city-state off the southern tip of the Malay Peninsula, is one of the fastest-growing economic powers in Asia. A port, as well as a banking and financial centre, the city weathers all crises – and remains as attractive as ever to developers and investors.

Today, Singapore is proud of its prosperity: Architectural marvels, such as the hotel and casino complex Marina Bay Sands, magnificently restored colonial buildings like the National Museum, and superlative leisure opportunities such as Sentosa Island, delight some 16 million visitors each year. Maybe one for the off-peak holiday conference?

Ultra futuristic metropolis? Or a city steeped in colonial and local history? Shanghai is a heady blend of both. The ultimate expression of rapid change in China, this is a town that feels as if it’s in perpetual motion. Recommend that your colleagues take a stroll along the majestic Bund and they’ll be wowed by the traditional buildings on one side of the Huangpu River and the ever-evolving cluster of towers on the other.

From there they can take a wander through the French Concession for a taste of the city as it once was. Be sure to dine on what is arguably the best food this massive country has to offer.

Discover exciting stories and lots more travel recommendations for these destinations in the Lufthansa Travel Guide.

Our three top tips for bleisure that’s a pleasure

Wherever your business takes you next, it’s important to know how best to use your free time whilst you’re there.

On-site, you’re usually overwhelmed by the abundance of offers and possibilities and can lose valuable time planning the day. Therefore, do some advanced research or ask around the office about the must-dos and must-sees.

Ask your colleague if they want to visit the city’s main sights during the high season, as there’ll always be an enormous crowd; their time can often be used better.

Bleisure should be a pleasure. Be aware that if you or your team only have a few days at your disposal, you’ll not be able to experience all that the city has to offer during this time, so don’t try to. Otherwise, they’ll come home more tired and exhausted than before!

Instead, plan to hit a smaller selection of sights and experiences that you know you’ll be able to enjoy. Bleisure travel is designed to be an opportunity for you or your boss to relax and enjoy a few moments before returning to the office.

Don’t wait until business is resolved for a chance to unwind. Lufthansa Group’s PartnerPlusBenefit programme offers a range of benefits to start your relaxation as soon as you leave the office! 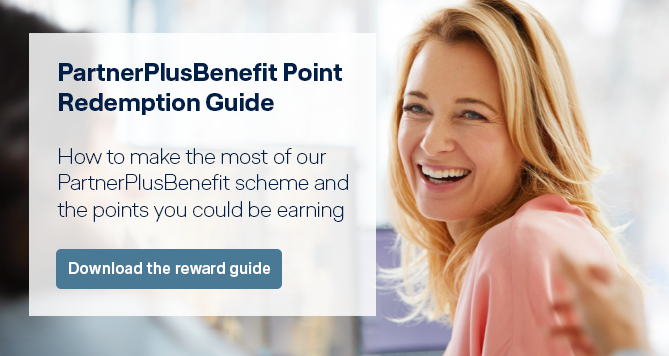